PRESENTATION OF MATCHES IN NEW YORK 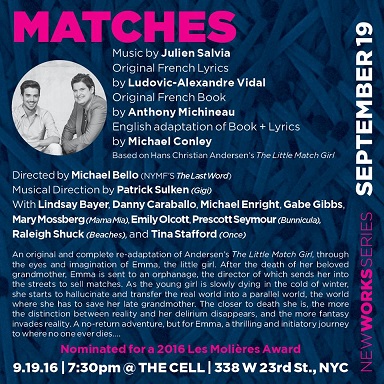 The 40 minute set will present highlights of the show, which was nominated to Les Molières Awards in France in 2016.

During this evening, another set will present another musical, Derek P. Hassler and Landon Braverman’s THE WHITE ROSE, taking place in 1942 Germany.

Credits for this presentation of MATCHES are: