THE ADVENTURES OF TOM SAWYER

1848. Saint Petersburg, on the banks of the Mississippi.

Tom Sawyer is a carefree teenager who dreams of liberty and adventure. But in this American little town, Tom is considered to be a rascal who has bad company, like Muff Potter, the drunkhard of the town. His Aunt Polly, who decided to take care of him and his brother Sid after their parents' death, somehow tries to raise him well.

The day when he runs away from her Aunt's, Tom meets Huckleberry Finn, a young non-conformist who sails the Mississippi on his raft.

One night, Tom and Huckleberry are in the town graveyard, they are the witnesses of a murder : Injun Joe, a criminal who just arrived in town, finds a treasure map there with the help Muff Potter, and stabs the graveyard keeper to death. Injun Joe has Muff being accused instead of him...

Tom and Huckleberry are the only ones to know who the real murderer is but they swore each other not to say anything to save their own life. Will they manage to find the treasure before Injun Joe and prove Muff Potter innocent? Will Tom manage to gain the love of Becky Thatcher, the beautiful daughter of the new Judge in town, without losing his friendship with Huckleberry? Will he finally win the respect of his Aunt and anyone after all these adventures? 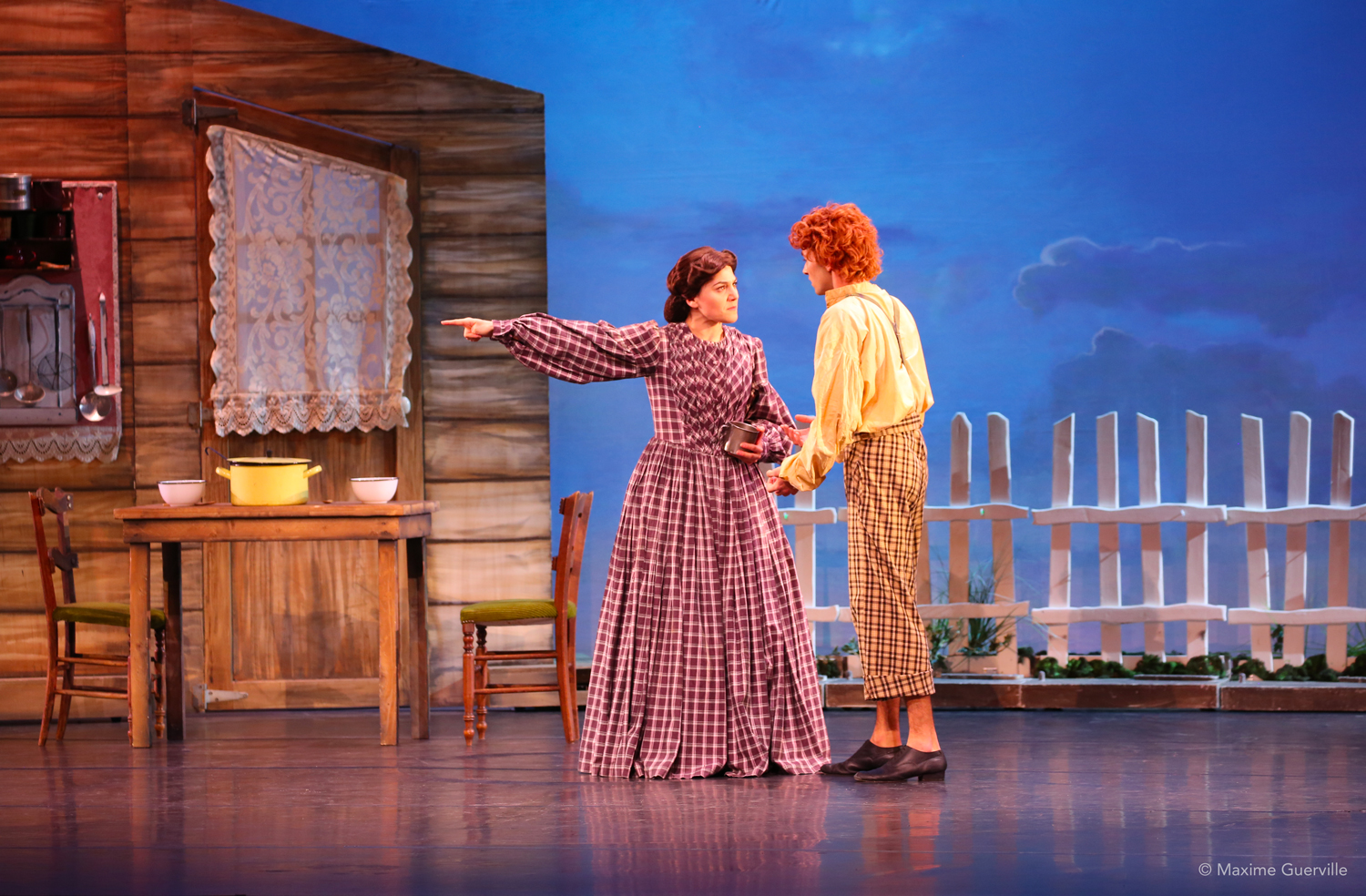 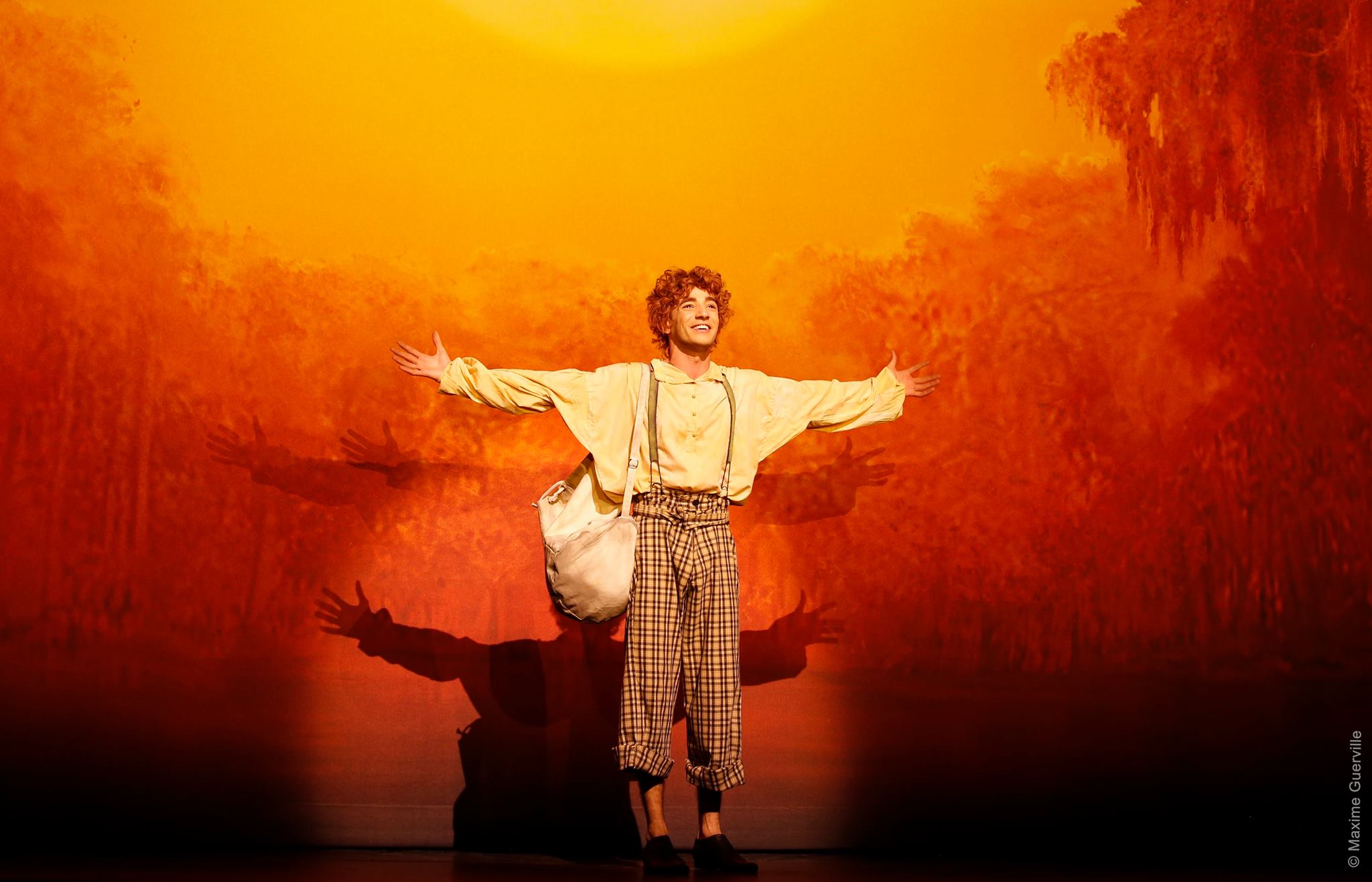 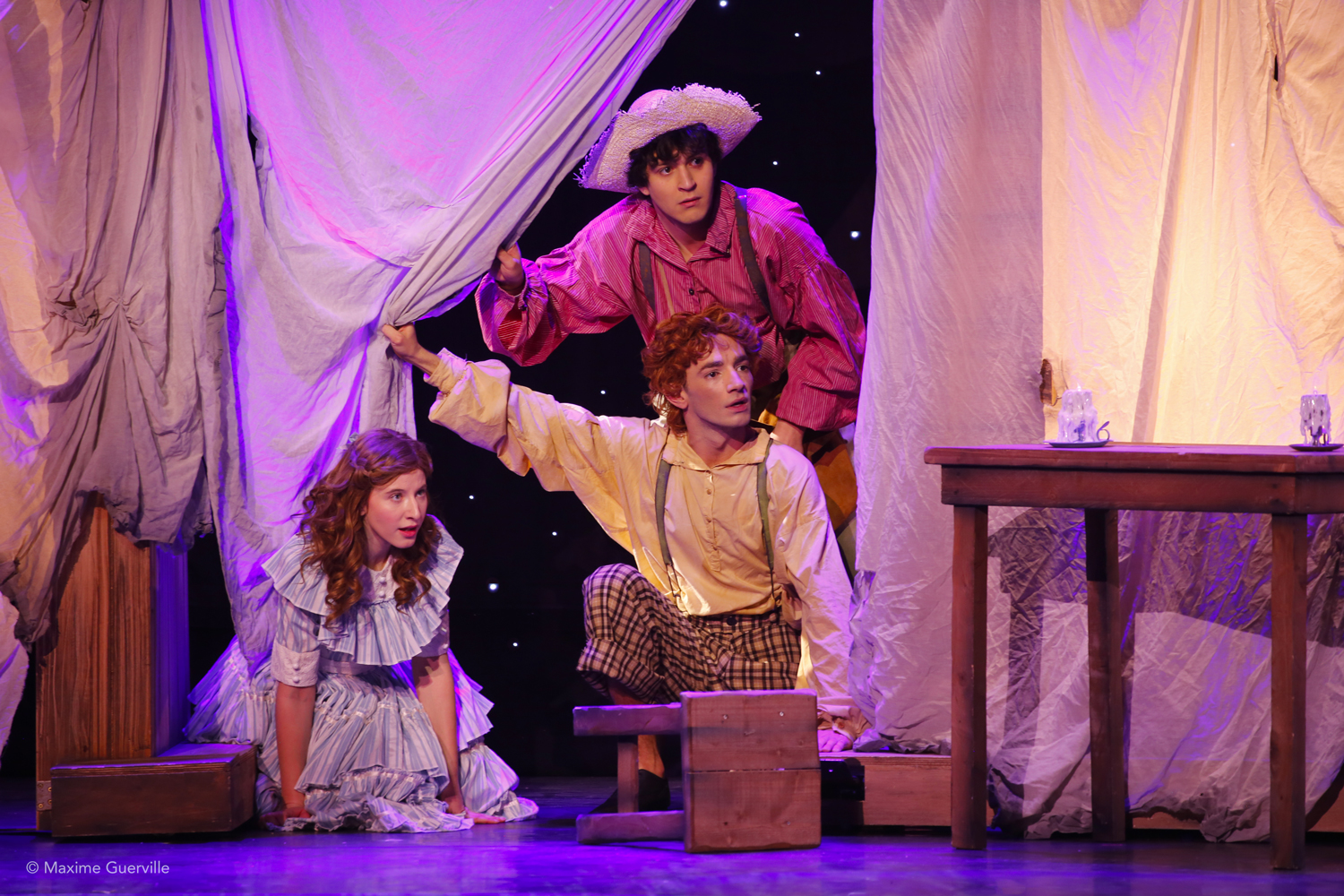 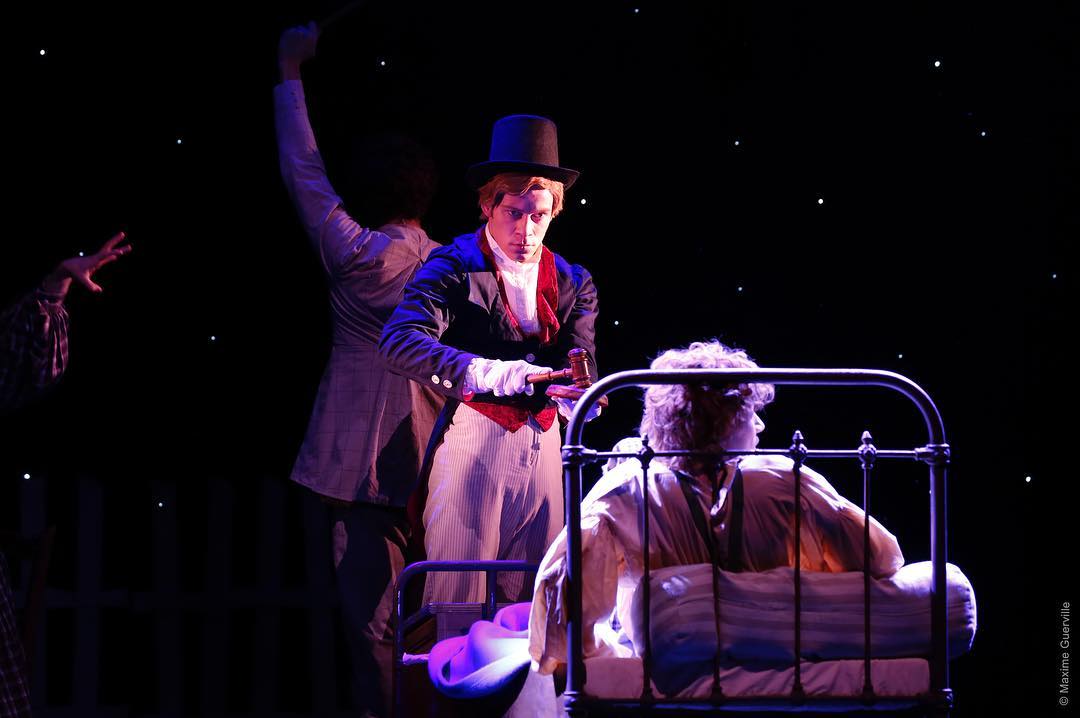 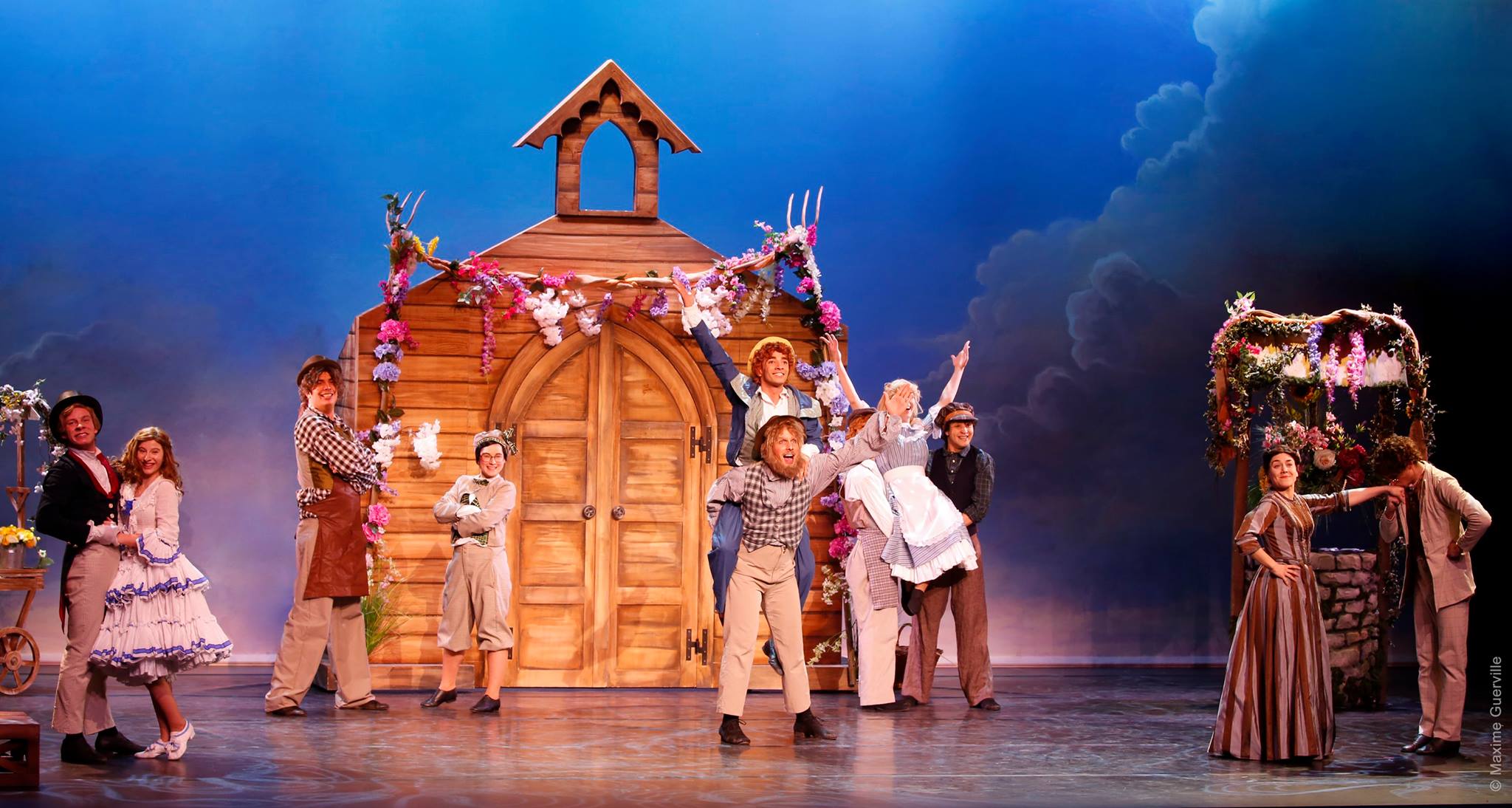 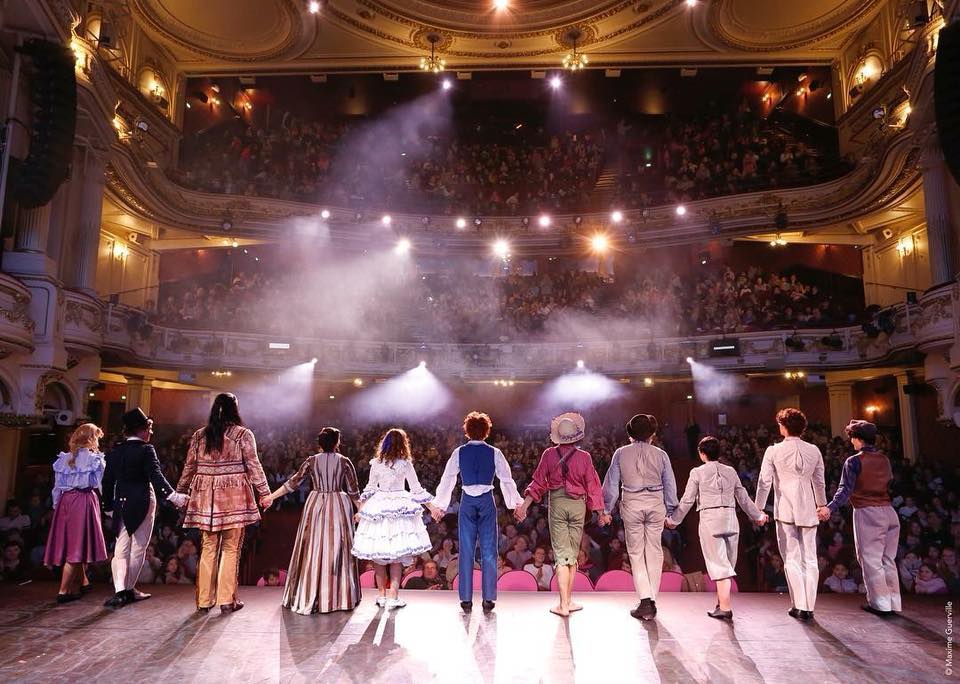 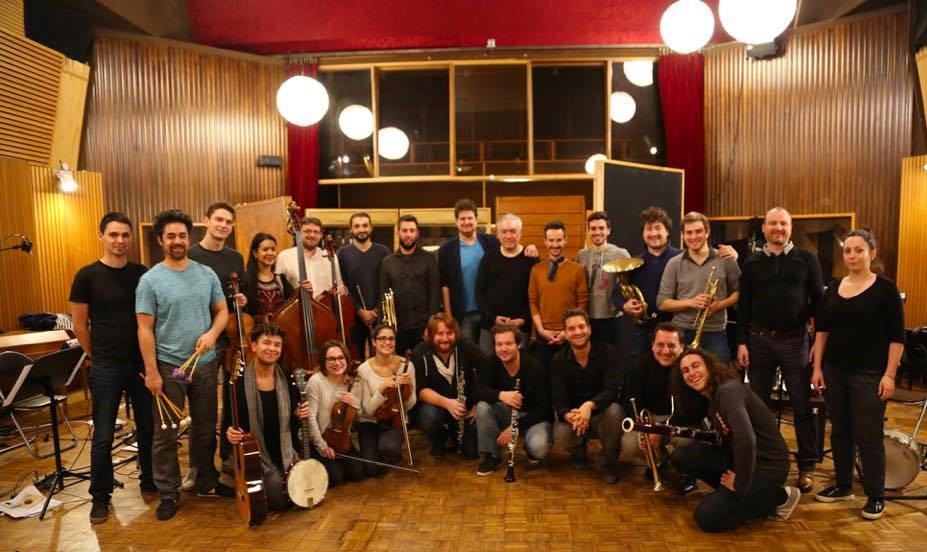 "Hats off to Ludovic-Alexandre Vidal and Julien Salvia. Show after show, these two keep proving their love of musical theatre." - FRANCE MUSIQUE 42EME RUE
"A musical with finely-worked texts and musics. […] We are astounded by such quality ! […] Is it THE musical of the year?!" - LE MONDE DU CINE
"A spirited and delicate adaptation." - TELERAMA
"A wind a Freedom blows at Théâtre Mogador with Tom Sawyer the musical." - FRANCE TV INFO
"An energetic and colorful show for the whole family." - ELLE
"The audience in the theatre is captivated." - LCI
"Universal and timeless values. […] Not to be missed !" FRANCE 2
"An overpowering and highly entertaining musical, for ALL audiences. […] Witty dialogues make both children and adults laugh. Musically, the Vidal-Salvia team is working wonders once again." CULTUROTOPIA
"Broadway wouldn't have denied this musical: […] efficient songs and a particularly clever book." - MUSICAL AVENUE
"Go see this splendid show !" - BROADWAY A PARIS
"One of the most beautiful musicals of the theatrical season." - L’ŒIL D’OLIVIER
"The book is clever and witty. [...] The combination of the lively music and the finely-written lyrics does wonders. [...] Tom Sawyer the musical is a gem, a real American musical." - REGARD EN COULISSE
"You can't get this entertaining music (with Broadway inspirations) out of your head. [...] The family musical of the theatrical season." - TONY COMEDIE