FINAL PERFORMANCE OF CATS IN PARIS 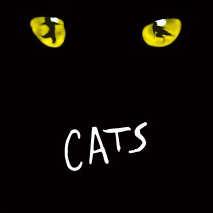 The last performance of the new French adaptation of CATS will be July 3rd at Théâtre Mogador in Paris.

The new French version of CATS, Andrew Lloyd Webber’s world-famous musical based upon T.S. Eliot’s Old Possum’s Book of Practical Cats, adapted in French by Ludovic-Alexandre Vidal and Nicolas Nebot, will close after more than 270 performances and more than 300.000 spectators.

CATS was the fourth collaboration of Ludovic-Alexandre with Stage Entertainment in Paris, and nominated for Les Molières Awards 2016 in the best musical category.