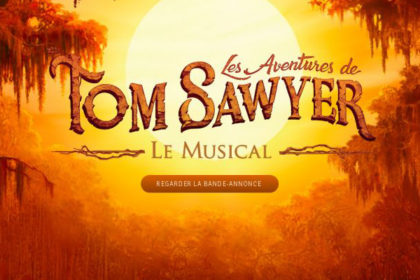 Be prepared to navigate along the banks of the Mississippi and through the official website of our musical The Adventures of Tom Sawyer, which has just been launched. The website has plenty of content : pictures, media, cast/creative/production teams, background,… and even an online store to buy the music of the show.

The show, which started its second run at Théâtre Mogador from October 20th, has just announced this year’s run would be extended until March 2019. We would like to thank everyone involved in the success of the show !